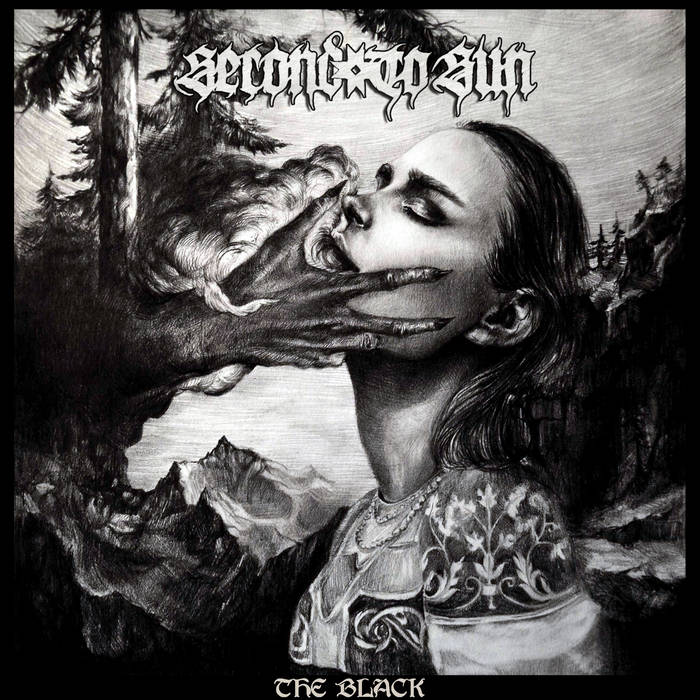 Raemar Musically, this is an intense, diverse and dynamically inventive listen, but after reading the translated lyrics (THANK YOU for providing these!!) I am floored! There is not enough room to mention the (so many!) musical nuances that captivated me; each song had moments I kind of "GAHHED" after, but I think 'The Fool 'topped them all. I must see that film. Vladimir... Wow. Kudos to you all! Favorite track: The Fool.

InfinityPotato One of the best releases Favorite track: Vasilisa.

Evgeny Zarudnev Very well and impressing job! Finally I can say, that I’m proud of being Russian! Because such great band lives and creates genius music here in Russia! Thank you for this big, high-quality and diamond album! Great stories, great atmosphere and huge vocal job. Respect to all guys from Second to Sun - Vladimir, Gleb and Fyodor.
This album is different from original album. Because Blackbound has dark, melancholic and depressive atmosphere with slow guitars and long-note melodies. This album with vocal and re-arranged bass/drum lines is more aggressive and it’s closer to black/groove metal. It’s not bad - it’s just different.
I like both versions. 10/10

DonnieDarko The band is getting better with each output, if you are open minded for a great black/death metal combination with a great production....this is for you.

"Second to Sun have come up with something that's truly captivating."
- Dead Rhetoric

"'The Black' is a very complex album combining many different elements into one highly atmospheric, emotional and coherent sonic form which shines right because of its refined versatility."
- Guitar Sphere

"...modern, crushing take on blackened death with the dark, somber and melodic influences and is well worth the listen as it's a captivating and thoroughly interesting record with something for pretty much every heavy persuasion."
- Overdrive Music Magazine

"This is quite impressive. A stunning piece of work filled with lush soundscapes and bleak moods, but also darkness."
- Progstravaganza

"Imagine what a mix of Cradle of Filth, Dimmu Borgir, At the Gates, Anaal Nathrakh, In Flames, and Dark Tranquillity might sound like - Second to Sun are all of this and more."
- Wonderbox Metal

"The Black is insanely good; it is original, it has song structures that most bands would be jealous of and it contains no fillers whatsoever."
- Rocking Charts

"The disc offers an interesting mix of various metal genres, which are initially difficult to imagine in their constellation and yet form a sonorous symbiosis in the end."
- Metal.de

"Mixing in a heavy dose of groove metal set against a grim dissonant backing, Second to Sun have created a distinctive sound on 'The Black' that sets them apart from black metal purists while still retaining an oppressively darkened atmosphere."
- Metal Horizons

"The main difference between The Black and its predecessor Blackbound is that Blackbound draws pictures, but The Black immerses you in them."
- Antichrist Magazine

Dear friends, we are happy to announce our new release tilted "The Black", which is a vocal reissuing of the "Blackbound" album! Being the child of my thoughts, as the mastermind behind the project, I would like to say that this album is the true face of the band - a well-fused combination of melodic black metal and groove metal the way we see it. As always, the album includes a separate unique story behind each song. Our ambitions were through the roof on this release - we rerecorded and improved the lines for all the instruments - including the drums, bass, and even added some extra guitars, while Gleb's vocals sound as massive and crushing as always. Honesty and a natural aggressive sound are the qualities that distinguish independent artists from purely commercial ones these days, and we are happy that we can create music for the sake of art and not for just raking in some cash. We hope that our sound, punchy and somewhat scary, like a gust of cold northern wind in a seemingly empty home in the middle of the night, will let you get fully immersed in the atmosphere that we embedded in the music - nine different stories related to darkness. Darkness in temptations, actions, soul, socium, thoughts - darkness in anything and everything you can possibly imagine. Don't forget that each song has annotations, as we try to create real musical works of art that frighten with their beauty. And beauty is enchanting.